Ad Overkill: Is Too Much…Too Much?

AdWeek recently released “3 Ad Campaigns That Got So Big, They Annoyed the Hell Out of Consumers.” Journalist Marty Swant picked a bone with the advertising industry in asking “how much is too much?” The goal of advertising is to create awareness and draw attention to a certain product, service or event. But what happens when consumers start to resent a brand or product due to ad overkill? AdWeek ranked the top three ad campaigns that beat the dead promo horse:

The minions took over more than the box office. AdWeek exposed their dominance over “your bananas. Your deliveries. Your burgers. Your very breath.” The backlash ensued on many social media platforms including Twitter.

Leading up to the premiere of the movie, Ron Burgundy didn’t seem to stay too classy when it came to ad overload. From overpitched Dodge commercials to Scotchy Scotch Scotch Ben & Jerry’s ice cream, Burgundy seemed to be everywhere. Jonny Rose, head of content for the London-based content strategy agency Idio said, “the campaign was initially effective, and then veered toward being too saturated. [It] seemed to overcompensate for the actual film, which didn’t win over as many fans as the first” (Adweek).

If you don’t recall, Game of War is the mobile game that somehow mustered supermodel Kate Upton as the eye-catching face of the ad campaign. It’s hard believe that the idolized supermodel would turn superfluous, but Game of War ads on Youtube, TV and Snapchat seemed to get a bit stale to users after a while.

Rose says that “campaigns need to be looking not just at how creative they can be, but also at the data before, after and especially during a campaign to see which strategies are bothering an audience and which are well received” (AdWeek).

However, is there really such thing as bad publicity? According to PR News, negativity captures users’ attention over 30% better than positive messages. The Game of War app is now one of the top-grossing mobile games in the world and the Minion takeover has assembled a 32 million Facebook following as well as a close to first opening-weekend box office record. So maybe the remarkably overdone ad campaigns are effective marketing strategies. After all, in the words of the lyrical Oscar Wilde, “the only thing worse than being talked about is not being talked about.” 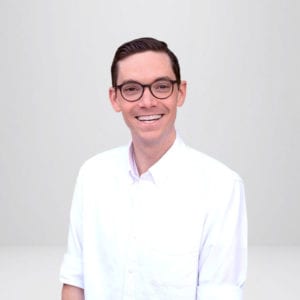